Three individuals were arrested at a home on Hall Minshew Road in Cave Spring on felony drug charges following a search by the Metro Drug Task Force.

Resident of the home, Jimmy Anthony Quinn, 47 of Cave Spring, along with Regina Katy Walker, 39 of Centre, and 44 year-old Debra Christina Phillips, were taken into custody after police said they found a large quantity of methamphetamine, glass smoking device, numerous pastic baggies containing the drug, Clonazapam, Tramadol, Flexeril and Tizanidine.

All three are charged with possession of methamphetamine and drug related objects.

Quinn is additionally charged with possession of meth with intent to distribute, trafficking  meth and possession of a firearm by convicted felon.

Phillips is also charged with distribution of dangerous drugs and possession of a schedule IV controlled substance.

The Gordon County Sheriff’s Office is asking for the public’s help in locating a missing teenager.

She was last seen by family members the night before at her home in Plainville.

Evidence indicates that she left the home willingly, and there is no evidence of foul play.

Detectives assigned to the case believe that she might have left the jurisdiction en route to an unknown destination.

She may or may not be in the company of other persons.

Brunner is described as a white female, 5’5″ and 210 lbs with blonde hair and blue eyes.

Anyone with information regarding the whereabouts of Sierra Leann Brunner is asked to contact the Sheriff’s Office at 706-629-1244, or call 911.

A Summerville man was arrested on Sunday of this week after a traffic stop near Crossroads Store on Mahan Road.

According to a report from the Chattooga County Sheriff’s Office, twenty-five-year-old Terry Brett Reed was driging a 2000 model Honda Accord when he was spotted by a deputy on patrol.

The deputy said that he knew Mr. Reed’s license was suspended and initiated a traffic stop.  While arresting Reed for driving with a suspended license, another deputy noticed an open container of alcohol inside the Honda. Also, a small amount of marijuana was found inside the vehicle.

Reed was booked into the Chattooga County Jail on charges of driving with suspended or revoked license, open container and driving without a valid tag or registration.

Sandy Arlene Wright, 53 of Rome, was arrested this week after reports said she stole a 2020 Chevrolet Malibu from Enterprise Rental Car on Martha Berry Blvd.

Wright is charged with theft by taking a motor vehicle. 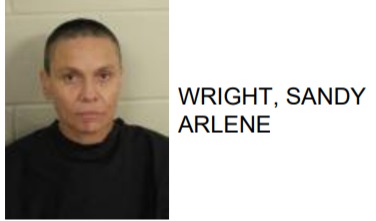 The Summerville Recreation Center will begin registration for FOOTBALL, CHEERLEADING and SOCCER on Thursday, July 9 and will continue through Wednesday, August 12.

There is a $10.00 registration fee for city residents and a $25.00 fee for county participants. A $25.00 uniform deposit must be paid for football.

For more information contact the Summerville Recreation Center at 706-859-0910.

Trion High School seniors may pick up graduation stoles and recognition cords, along with copies of records on Wednesday, July 8, between the hours of 10:00 a.m. and 3:00 p.m.  If you are unable to come at this time, your items will be held for later pickup.

Steven Ejisimekwu, 30 of Lindale, was arrested this week after reports said he attacked an 18 year-old male and then attempted to gain control of a police officer’s gun and taser while being taken into custody.

Reports said that Ejisimekwu placed the teen in fear of his life when he allegedly got a knife and made movements toward him. The suspect then proceeded to hit the victim.   In an effort to prevent the teen from dialing 911 for help Ejisimekwu broke his cellphone.

When officers arrived, reports said that Ejisimekwu got into a fight when them and removed a firearm and a taser from an officer’s belt.  During the course of the scuffle a shot was fired from the weapon.

The incident occurred at a home on Ave C in Lindale.