Eugene Stonner Ashley, 37 of Rome, was arrested on numerous charges including theft and aggravated assault.

Police said that on four different occasions Ashley entered property on Rockmart Road and stole over $1,500 in items.

Reports said that Ashley cut though numerous fences to gain access to the property in which he allegedly stole catalytic converters, various brass and copper plumbing parts and miscellaneous motor vehicle parts.

He is also accused of attempting to run over a female during the incident.  Reports said that the front bumper struck her knee while the wheel ran over her foot.

Officers stated that he gave them false information and attempted to run while being questioned.  A bag of suspected meth belonging to Ashley was later discovered. 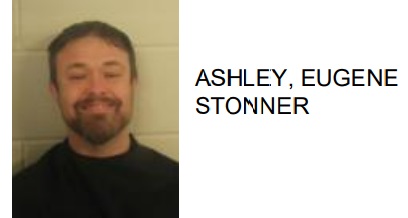 Lightning and heavy rain brought an early end to the Trion vs. Armuchee game on Thursday evening, but the Armuchee Indians had already had enough of the Bulldogs.  When the game was called due to lightning and severe storms, Trion was leading by 41 points.  The final score was 48-7.

SKY 21 Television & All On Georgia will be at the football game tonight between Trion High School and Armuchee High School.

Watch the game on ALL ON GEORGIA’s Facebook page this evening.

International Games Week is November 7-13. To celebrate, the Chattooga Public Library will be hosting an International Games Day!
On Tuesday, November 9th, stop by the Chattooga Library to play games with the staff and other patrons. Sign up for this event is REQUIRED due to space requirements. To register for your spot, stop by the Chattooga Library circulation desk or call 706-857-2553.
Dedication ceremony of the Judicial Annex and Intersection (Washington Street & Commerce Street) which are being named in honor and memoriam of  Judge Jon Payne  will take place on Friday, October 22, 2021, at 9:00 a.m. in front of the Chattooga County Courthouse.   A reception will follow at the Chattooga County Civic Center.