Then on may 11, 2022, Watkins is accused of going to a home on Lombardi Way and taking a lawnmower and a gas can.  Police stopped Watkins, who was walking down Maple Street with the items to question him.  Authorities stated that Watkins proceeded to give officers a fake name and date of birth. 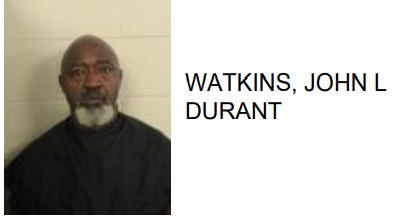