Weston Bryce Eason, 19 of Rome, was arrested this week when police said they found him in possession of a glass jar of marijuana after clocking him at driving at speeds of over 98 miles per hour.

Reports said that Eason was “involved in a competition of speed with an unidentified white passenger car” on Ga 20.  Officers said that they clocked him driving 99 mph in a 45 zone.

The drugs, as well as a pipe containing marijuana residue, was found during the stop.

Eason is charged with possession/distribution of marijuana, possession of drug related objects and reckless driving. 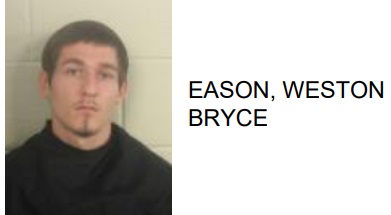