Cody Shane Garrett, 30 of Silver Creek, was arrested this week after reports said he was found with drugs and guns while being passed out behind the wheel of a car at a stop sign on Reservior Street and Turner McCall Blvd.

Officers stated that they observed Garrett asleep at the wheel and went to check on him.  When looking inside the car they observed a handgun in plain view.

Garrett was then removed from the vehicle and a search was conducted.  Officers stated that they found marijuana in his pant pocket with $2,433 in cash.  They went on to say that they found a .380 handgun, several empty baggies with methamphetamine residue, four packages of hypodermic needles, several hypodermic needles loaded with meth and 7 grams of meth inside the vehicle. 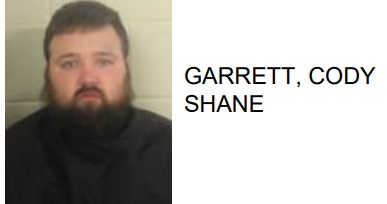