Tommy Lamar Thomas, 55 of Rome, was arrested this week after reports said a traffic stop for attempting to conceal the identity of a vehicle led officers to find two sawed-off shotguns.

Police said that they pulled Thomas over on East 19th Street after he was found driving a vehicle with another’s tag.  It was then discovered that Thomas was driving the vehicle without insurance and on a suspended license.

A search of the car led officers to find the two guns, in which had their serial numbers altered.

Thomas, a convicted felon, is not allowed to be in possession of firearms. 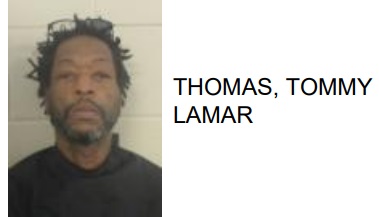