Polk County Patrol Officers with the Uniformed Patrol Division were dispatched to the area of Highway 101 this week in reference to another agency in Pursuit of a motorcycle with a male subject on it.

Officers with B Shift spotted the motorcycle in the area of Highway 101 near the City Limits of Rockmart. The motorcycle continued to drive erratically, until our Officers hit their emergency equipment.

The motorcycle initially failed to yield to our Patrol Officers, but eventually came to a stop near the intersection of Highway 101 / Highway 278 (near Bojangles).

Upon the conclusion of the traffic stop, it was determined that the motorcycle was stolen. Tyler L. Roden (28 year old male – Rome, Georgia) was taken into custody without incident.

Mr. Roden also had warrants out of other jurisdictions. Suspected Marijuana and Methamphetamine were also located during the traffic stop.

Roden has bene charged with possession of meth, possession of marijuana, theft by receiving, reckless driving, improper lane change and obscuring a tag. 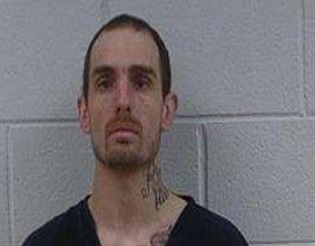