Danny Kaye Ely, 61 of Cedartown, and 56 year-old Sandra Faye McGuire, of Cave Spring, was arrested this week on drug and gun charges after a traffic stop on GA 20 at Mulberry Road.

Police went on to say that McGuire attempted to conceal and then destroy a baggie of meth before abandoning it on the ground beside the car.

Reports added that the gun that discovered also had its serial number scratched off. 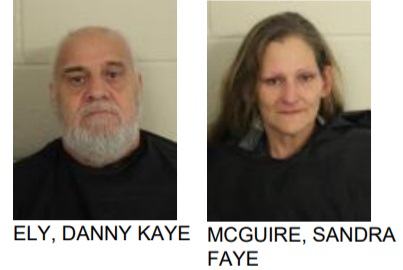