Gregory Keith Stegall, 54 of Rockmart, was jailed in Rome this week after reports said he was found with a hunting rifle and methamphetamine at a location on US 101 and Shiflett Road.

Police added that Stegall, who was hunting, is not allowed to possess a gun due to him being a convicted felon.

Reports went on to say that Stegall was also not wearing a fluorescent orange vest while hunting. 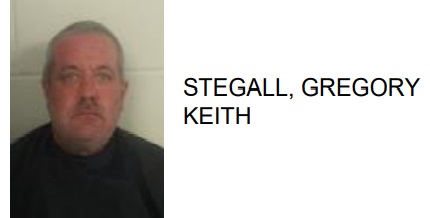