Franklin Aguilar Guzman, 17 of Rome, was arrested this week after he robbed a woman at the Coosa Valley Fair on Saturday.

Reports said that Guzman snatched the victim’s wallet and when he was confronted he began to yell threats at her.

Police stated that while placing him into handcuffs he refused to cooperate and resisted arrest. 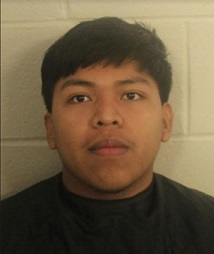