A traffic stop on Green and Gold Blvd in Rome resulted in two individuals being arrested on drug and guns charges.

Stephano Tyrique Green, 20 of Rome, was pulled over for speeding and reckless driving.

A search was then conducted, leading police to locate a bag of marijuana, amphetamines, and a stolen Glock .45 99mm handgun.

A passenger in the vehicle, Kevin Tyrone Jackson Jr, 20 of Rome, was allegedly found to have marijuana inside his pants.

Both men are charged with possession of amphetamine and theft by receiving stolen property.

Green is additionally charged with reckless driving, too fast for conditions, possession of a schedule II controlled substance and possession of drug related objects. 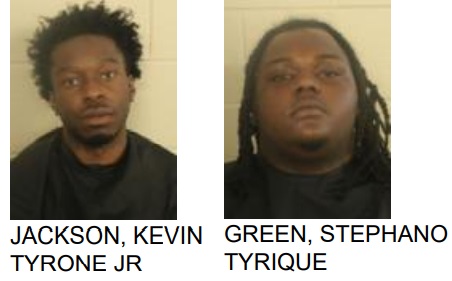