Jose Luis Guzman Jr, 18 of Rome, was arrested this week after police said they found him in possession of marijuana, multiple vape cartridges and digital scales containing drug residue.

Police added that amount of drugs found were consistent with that of the sale of the drug.

He was taken into custody at a location on Shorter Avenue. 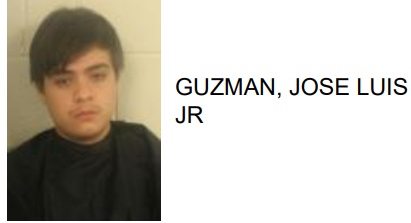