A Rome High School student, Tamari Janae’t Morrison, 17, was arrested at the school this week after reports said she provoked a fight with another female.

Reports said that Morrison made physical contact with the victim, which caused a fight to break out inside the school.

Morrison is charged with simple battery. 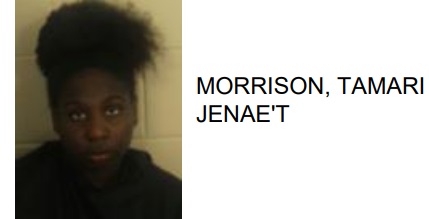