Kylin Denise Williams, 27 of Rome, was arrested this week after reports said she found in possession of a bag of suspected methamphetamine.

Police said that Williams then attempted to eat the bag of meth in an effort to hide it from them.

She was also allegedly found with a digital scale and rolling papers. 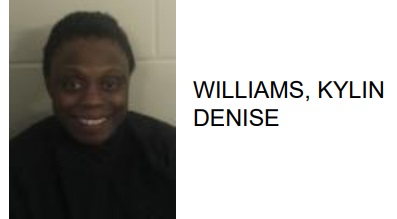