Tobias Steven Cohner Fuller, 25 of Rome, was arrested this week after he allegedly attempted to burn his ex-girlfriend and numerous children alive inside their home on Aubie Lane.

Reports said that the victim saw Fuller outside her bedroom window pouring gas on the side the home.  He then allegedly took off his shirt, lit it on fire and then set the home ablaze.  He then proceeded to set fire to kids toys outside a second window to the home.

The incident occurred back on September 27th of this year.   A manhunt had been underway since the incident.  He was captured on Thursday at 2105 Maple Avenue by Deputy Christopher Snyder. 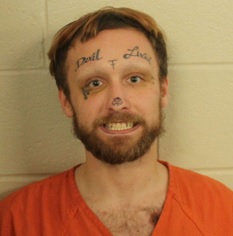