Lamisha Lee Bryant-Adams, 36 of Rome, was arrested this week after reports said she allowed her 9 minor children to live in a home under deplorable conditions.

Bryant-Adams is charged with 9 counts contribute to the deprivation of a child, cruelty to children in the 2nd degree, cruelty to animals and failure to appear. 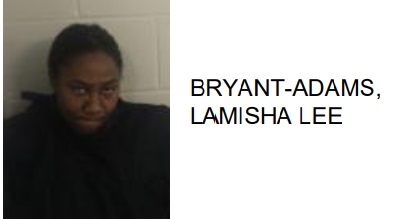 Jarvis Darrelle Adams, 36 of Rome, was jailed this week after reports said he allowed nine children to live in deplorable conditions that included dog feces and urine along with having no running water or food.

Officers stated that there was not a functioning bathroom or toilet inside the home due to it being used as a junk room.  Officers added that they also observed the shower having a floor that had fallen through, and a garden tub filled with a thick liquid that moved like jello.

Police went on to say that the kitchen was covered in mold, cob webs, mice droppings, and feces.

The children were also left with no access to clean clothing and food.

A two-year-old dog was also found at the home injured.  Reports stated that the dog had been struck by a vehicle and was left without veterinary care.   Reports added that the dog will have to have its leg amputated and was also suffering from hookworms and fleas.

Adams is charged with cruelty to animals, cruelty to children in the 2nd degree and nine counts contributing to the deprivation of a child not resulting in serious injury or death. 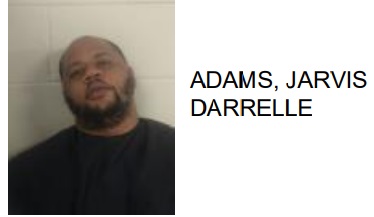