James Hampton Goss, 59 of Rome, was jailed this week after reports said he went into a violent rage and placed numerous people in fear of their safety.

Reports said that Goss entered onto the property without permission and then charged at another person. Goss is then accused of reaching for the victim’s neck in an effort to choke him.

Goss is then accused of attempting to force entry into the victim’s home, violently pounding on a glass door while screaming “I will fu** you up”.

Two juveniles were also home at the time of the incident.

Goss is charged with simple assault, terroristic threats and acts, disorderly conduct, criminal trespass and cruelty to children in the 2nd degree. 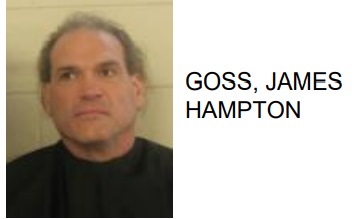