Joshua Dion Foreman, 22 of Rome, was arrested this week after reports said he failed to pay for merchandise from Walmart on at least 49 different occasions.

Police stated that Foreman “skip-scanned” items while making purchases between June 17, 2021 and September 26, 2021.

Reports went on to say that while taking him into custody he was found with marijuana.

Foreman is charged with theft by shoplifting and possession of marijuana. 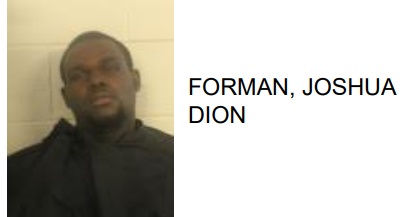