Two Rome women were arrested this week after they allegedly attempted to plant drugs on a man’s car in order for him to get arrested.

Reports said that Eunice Louise Saylor, 37 of Rome, allegedly planted a meth pipe inside a glove and then placed the glove to a magnet before attaching it to the underside of his car.  Saylor then allegedly called 911 to report the crime.

Candy Marie Coxaj, 39 of Rome, was also arrested for conspiring with Saylor.  She is accused of being Saylor’s lookout.

Coxaj is charged with conspiracy to commit a crime.

Saylor is charged with the false report of a crime, unlawful conduct during a 911 call, tampering with evidence, and conspiracy to commit a crime. 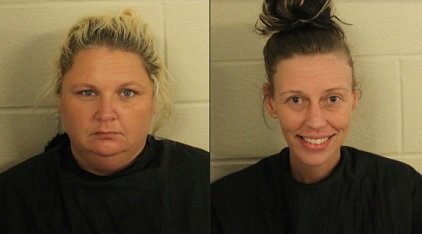