William Riley Brock III, 55 of Rome, was arrested this week after police said they found him in possession of a stolen 2015 Harley Davidson motorcycle.

Reports said that Brock had knowledge that the motorcycle was stolen out of Bartow County last July.

Brock is charged with theft by receiving stolen property. 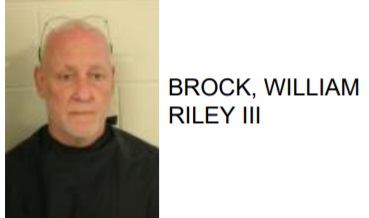