Darren Rice, 22 of Kingston, was arrested this week after reports said he threatened two others with an AR-15.

Police stated that Rice sent messages to the two victims saying that he was coming for them and had an AR15 in his hand.

Reports added that the threats came after a physical altercation at the victim’s home.

Rice is charged with two counts terroristic threats and acts. 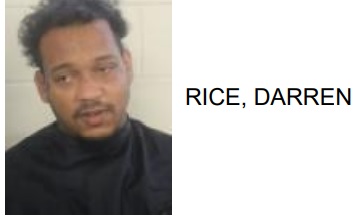