Ulric Demond Allen Jr, 27 of Rome, was arrested this week after reports said he attempted to choke out a woman after hitting her in the head.

Reports added that Allen hit the left side of the woman’s face.  The victim suffered a swollen lip, scratch marks and and bleeding from her ear.

The victim stated that Allen then grabbed her by the neck and chocked her until she could not breath.

The incident occurred at his home on Nelm Street.

Allen is charged with battery and aggravated assault. 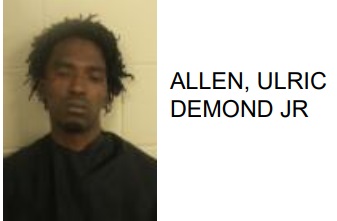