Michael Gregorio Saul Lucas, 22 of Silver Creek, was arrested this week after police said he was recorded telling someone that he was going to “blow their god*** brain out.”

Reports added that the recoding ended with Lucas racking the slide of a gun.

Lucas is charged with terroristic threats and acts. 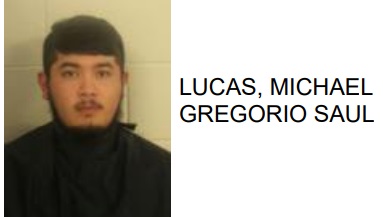