Timothy Rayshaun Searcy, 33 of Rome, was arrested this week after police said he attempted to murder a child.

Reports stated that Searcy grabbed the child by the throat and “strangled him to the point that he could no longer breath”.

The victim was also left with visible injuries to his neck, face and body.

Police went on to say that Searcy was also illegally in possession of a firearm during the attack.

Searcy is charged with aggravated assault, battery, cruelty to children in the 1st degree and possession of a firearm by a convicted felon. 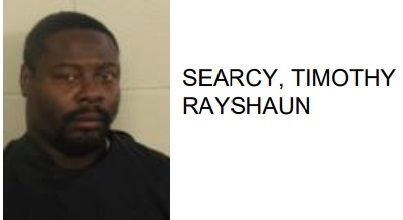