George Dale Hawkins Sr, 60 of Rome, was arrested this week after reports said he used his hands to fondle a female under the age of 16 years of age.

Reports said that Hawkins touched the victim’s buttocks and vaginal area both over and under her clothing.

The crime occurred repeatedly from January 2019 until January of 2021.

Hawkins is charged with child molestation. 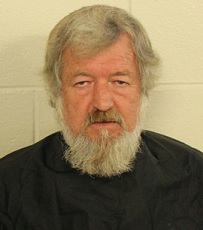