Quentin Antonia Mallory, 43 of Rome, was arrested this week after reports said he became physically combative with a police officer while being arrested for DUI.

Reports stated that Mallory was stopped after running a red-light and once stopped officers detected that he was driving under the influence.

While completing a field sobriety test, Mallory allegedly answered a phone call and then refused to hang up.  Officers went on to say that Mallory began to become hostile and started to resist being placed in handcuffs.  During the resistance Mallory allegedly made intentional physical contact with the officer. 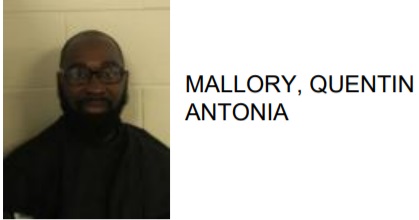