A student at Rome High School, Lanaya Marie Johnson, 17, was arrested this week after reports said she assaulted a school employee.

Reports said that Johnson refused to comply with the teacher and then proceeded to shove them to the point they were scared for their safety.

Police added that when they arrived on scene Johnson refused to give them her name and information while refusing to comply.

Johnson is charged with simple assault against a public school employee, obstruction, disorderly conduct and terroristic threats and acts. 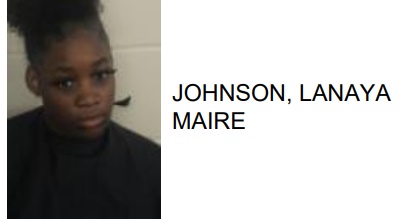