Floyd Lee Burke, 43 of Rome,  and Sarah Joan Lackey, 21 of Armuchee, were arrested at New Armuchee Baptist Church after they were found with numerous types of drugs during a traffic stop.

Police said that after pulling Burke over for having his tag decal obstructed from view officers found a bag of methamphetamine, marijuana, a glass pipe and a digital scale. 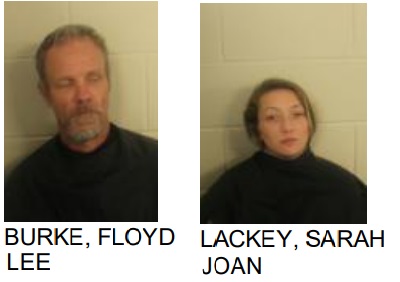