Mindy Louise Crocker, 34 of Rome, was arrested this week after police said she assaulted them while they were responding to a call at a home on Angel Road.

Reports stated that Crocker approached an officer in an aggressive manner while demanding they return to another room of the home.  The officer added that the act led them to believe she was going to force him down the stairway.

Once placed under arrest, Crocker then allegedly began to pull away and fight with them on the floor.  The officer added that Crocker then proceeded to use profane words while screaming in front of five juvenile children.

Crocker is charged with simple assault, obstruction and disorderly conduct. 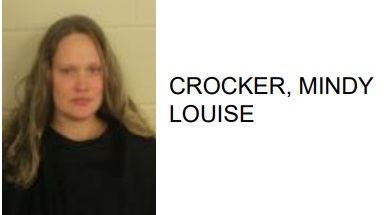