Shelley H Collins , 52 of Rome, was arrested this week after reports said she crashed head-on with another vehicle while driving under the influence.

Police said that Collins admitted to taking a prescription medication before driving.  Officers added that a bottle of Botanical cucumber and mint vodka was found in the front floorboard.

The wreck occurred at the intersection of Shorter Avenue and Redmond Circle.

Collins is charged with DUI, open container and failure to maintain lane. 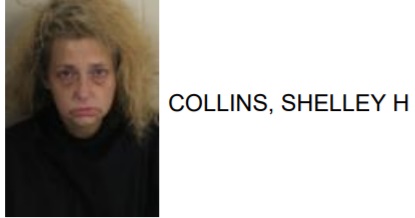