Lena Nicole Lay, 32 of Cedartown, was arrested this week after reports said she smoked meth while pregnant.

Reports added that Lay admitted to using the drug after officers found her in possession of a meth pipe that contained the suspected drug.

The drug was found during a traffic stop at Highway 27 and Judkin Mill Road.

While questioning Lay she told officers, “that she is 16 weeks pregnant and that keeps her from smoking (every day.)” She added that she only smokes Methamphetamine about once a week but Marijuana daily despite being 16 weeks pregnant.”

She was arrested and charged with possession of methamphetamine, possession of tools for the commission of a crime, and cruelty to children in the second degree. 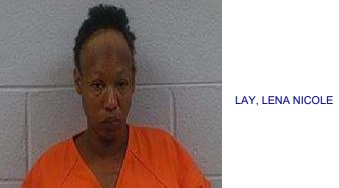