Makayla June Gibson, 18 of Adairsville, was arrested in Rome this week after reports said she was found with a gun while shoplifting at the Hobby Lobby.

Reports said that Gibson had the pistol concealed during the incident.

She is charged with theft by shoplifting and possession of a concealed weapon. 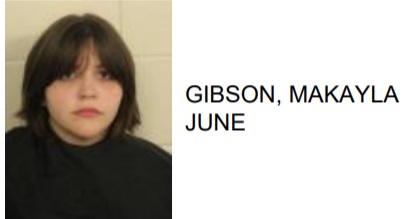