In a media release Martin said, “Our country is going down the drain with the radical left’s takeover of our lives. But it’s not just the Nancy Pelosi and AOC crowd… it’s also weak, do-nothing RINOs that let us down time and time again.”

He added, “My campaign will highlight the need for a true Conservative Fighter. You can count on me to stand boldly for the principles America was founded on and to represent WE THE PEOPLE… not the Atlanta swamp. My campaign will highlight these core issues: Fighting for authentic election integrity in Georgia, We must BAN Critical Race Theory in our schools, STOP the Radical Left’s attempt to force vaccine passports, Defend President Donald Trump’s legacy and support the America-First agenda,  and 100% pro-life and 100% pro-gun.” 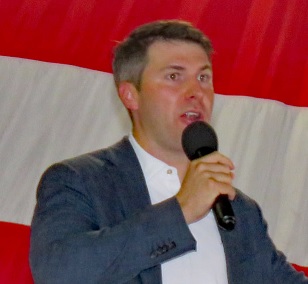