Chance Sharif McClain, 25 of Rome, was arrested this week after destroying over $2,400 in property belonging to an unidentified woman.

Reports added that he then approached the woman in a threatening manner with a weapon.

The incident occurred at the intersection of East 2nd Avenue and West Third Street.

McClain is charged with simple assault and criminal trespass. 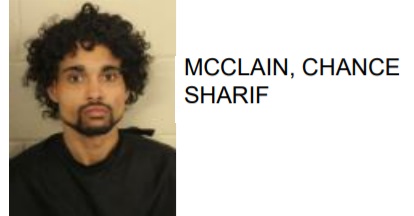