A 26 year-old Marietta man, Nicholas Cole Clark, was jailed in Rome after reports said he stole a Smith and Wesson handgun and a Stihl chainsaw from a home on Flannery Street and proceeded to pawn them.

Reports said that the items were stolen back in February of 2020.

The items were valued at a combined $500.

Reports added that Clark pawned both items at Cash America Pawn for $145 and never made payments on them. 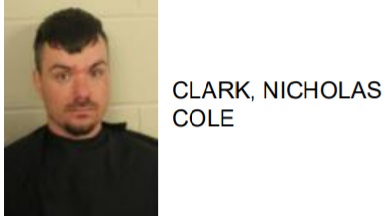