An inmate at the Floyd County Jail, Joshua Daniel Richardson, 43 of Rome, is facing new charges after he allegdly broke the visitation kiosk and then proceeded to assault three officers.

Joshua Daniel Richardson, 43 of Rome, was arrested this week after he allegedly hit a police officer in the face with a tree branch at Floyd Medical Center.

Reports added that the officer’s glasses were broken and his eye damaged.

Richardson is charged with aggravated assault on an officer in performance of duties. 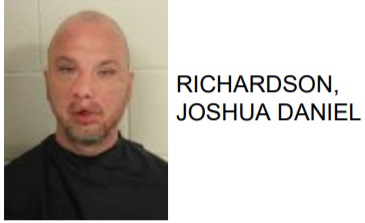