Kevin Scott McEver, 40 of Cedartown, was arrested in Rome this week after reports said he was found unlawfully dumping and then fled from police back on July 9th of this year.

Police said that McEver found was found dumping when he ran from officers. A search then resulted in officers allegedly finding a bag of marijuana, methamphetamine, a sawed-off 12 gauge shotgun that had been reported stolen, a .22 riffle, a 9mm handgun, Heroin, ammunition and digital scales.

He was found this week at a home on Freeman Ferry Road.  Officers added that while taking him into custody they located a pipe containing meth and marijuana. 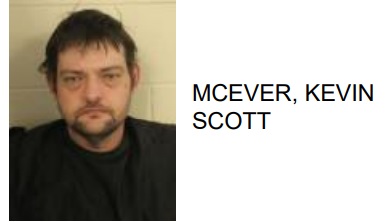