Warrants have been obtained on a St. Clair County man for three counts of making a Terrorist Threat, according to Sheriff Johnathan Horton.

Alberto Flores, 28, of Steele, is charged with making terrorist threats toward three different court officials and their families, which are felonies. The letters of a threatening nature were all sealed in an envelope along with toilet paper that was folded up with feces inside, states Investigator Will Farley

The FBI Laboratory in Quantico Virginia were able to compare the letters to sample letters written on a previous date and determine that Flores was the suspect that wrote the letters.

Flores who was currently incarcerated on Arson 2nd charges will be served with the new warrants and be held on a $60,000 cash bond 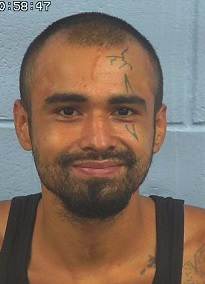