William Terry Bryant, 52 of Rome, was arrested this week after he allegedly threw shrimp at two police officers while being taken into custody for assaulting a woman.

Reports said that Bryant balled up his first in an aggressive manner, placing a female in fear of injury.

Officers stated that when they arrived on scene and began to place him under arrest, Bryant grabbed two shrimp from the stove and threw them at them.

Police went on to say that  Bryant used profanity during the altercation, which occurred in front of children. 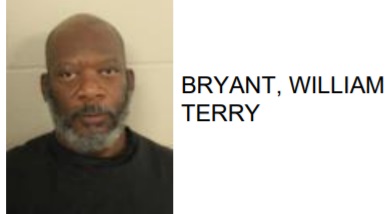