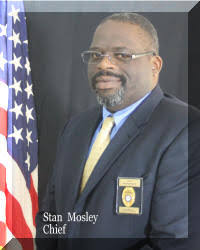 Summerville Police Chief Stan Mosley has had a long career in law enforcement stretching back over three decades.  According to the chief, that career is coming to an end at the end of 2021.

Chief Mosely started off as a jail guard at the Chattooga County Jail working for former Sheriff Gary McConnell.  He then worked for Sheriff Ralph Kellett and then the Summerville Police Department. Mosley has served as Chief of Police for Summerville for 22 years.  Mosley was the first African-American Police Chief in Northwest Georgia.

Mosley suffered a stroke a few years back but has continued to work and serve the people of Summerville.