Thomas Nathan Carter, 28 of Rome, was arrested this week after he allegedly hit his life in girlfriend in the face during an altercation at the Shop N Shop on Calhoun Avenue before fleeing police.

Reports said that when officers attempted to question Carter he fled the scene in a vehicle, refusing to stop despite signs to do so.

He then allegedly led police on a high speed chase that went though Eden Valley, Maple Road, Old Cedartown Highway, down US 27 and Highway 411.

Police stated that during the chase Carter drove in reckless manner and at speeds of over 120 mph, while nearly causing numerous accidents. 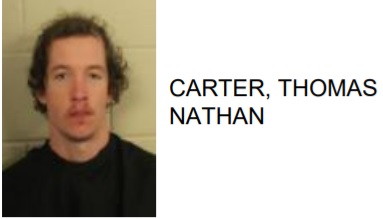