Drimus Demon Wofford, 41 of Rome, was arrested this week after reports said he sold cocaine to a police informant.

Reports added that the drug deal was done at the Relax Inn back on August 19th.

He was taken into custody this week at the same hotel. 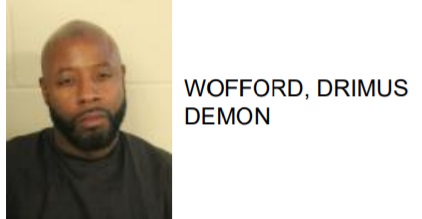