Clara Terhune, 66 of Rome, was arrested this week after reports said she placed her arms around a man’s neck and then proceeded to grab his chain in an effort to choke him to death.

The victim also reported that she threw a flash light at him, resulting in a cut underneath his eyes.

Terhune is charged with aggravated assault and battery. 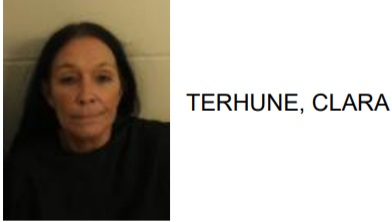