An inmate at the Floyd County Jail, Barbara Adams, 48 of Rome, is facing new charges after she allegedly went on a destruction spree inside the jail.

Deputies said that Adams intentionally struck a telemedicine computer in the medical department, causing it to break.

The damaged totaled over $500.

Adams is charged with criminal damage to property and interference with government property, both felonies.

Barbara Adams, 48 of Rome, was arrested this week after she allegedly violated a TPO and stalked a 48 year-old man.

Reports added that when police arrived on scene Adams began to act violently toward them. She is accused of making physical contact with an officer.  She is also accused of threatening to commit violence against them.

Adams is charged with battery on a peace officer, terroristic threats and acts, aggravated stalking, unlawful conduct during 911 call. 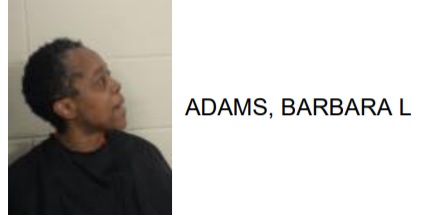