William Shane White, 29 of Rome, was arrested this week after police said he lied to them following a hit and run at the intersection of Little Texas Valley and Mountain Roads.

Reports stated that White and a passenger were involved in a wreck and then fled the scene without reporting it.

Police went on to say that during the course of the investigation they asked White about the wreck and he told them that his vehicle had been stolen.

Authorities went on to say that after speaking with witnesses they discovered that the vehicle had not been stolen and that it was he was the driver involved in the wreck.

White is charged with false report of a crime, hit and run, and failure to maintain lane. 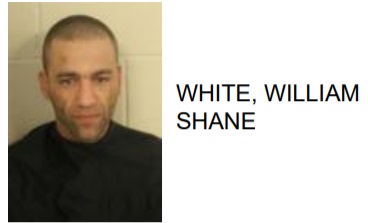