Johnathan Oswalt, 27 of Rome, was arrested this week after reports said he threatened to kill another person during a verbal confrontation at his home on Brookstone Drive.

Reports said that Oswalt told the victim that he was going to kill them before he proceeded to punch windows in a vehicle they were in.

He is charged with terroristic threats and acts. 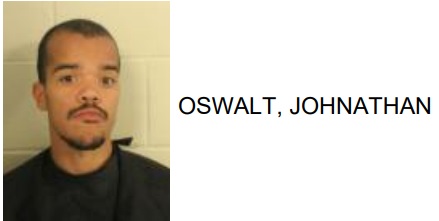