Two Romans, Rebecca Faye Gregg, 37, and John Phillip Terry, 46, were arrested at their room at the Pine Crest Motel after they allegedly assaulted an elderly woman with dementia.

Police said that numerous witnesses heard the couple tell the victim to “shut the fu** up” while making threats to hit the 69 year-old woman.

Reports added that the victim was seen with bruises to her face and showed fear of being left alone with the suspects.

Both are charged with simple assault and exploitation and intimidation of disabled, elderly persons. 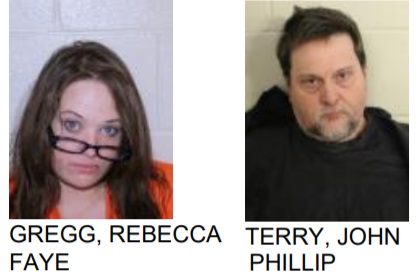