Samuel Marquest Sewell, 37 of Rome, was booked into the Floyd County Jail this week after reports said he conspired with another person to get marijuana, tobacco and rolling papers inside the Floyd County Prison.

Reports said that back on December 31, 2019 Sewell used a telephone to arrange a drop off of 106.9 grams of marijuana, 440 grams of tobacco, and 5 packs of rolling papers at the PAWS animal control facility.

The conversation was heard on a recorded line and the drugs were later found to be stashed inside a trash receptacle outside the front entrance as ordered.

Sewell is charged with conspiracy to commit a felony, use of communication facility in commission of a felony involving a controlled substance, and items prohibited by an inmate. 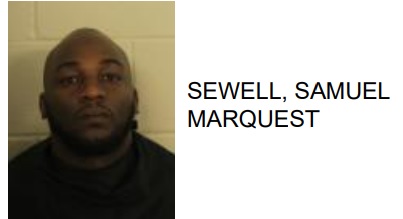