Bradley Allen Satterfield, 47 of Silver Creek, was arrested this week after reports said he beat his sister in the face and head, while using martial arts moves, during a dispute at a home on Fallow Drive.

Reports stated that Satterfield struck the victim in the face and head with his fist before slamming her head into a dresser, causing bruising, scratches and red marks to the victims face, head and neck.

Police said he also choked the victim during the dispute.

Satterfield is charged with aggravated assault. 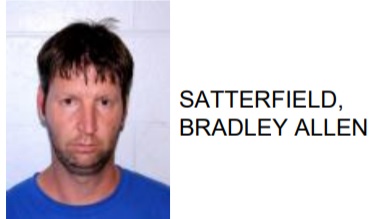