Daniel Walker McAbee, 37 of Rome, was arrested this week after he allegedly attempted to beat a 69 year-old family member to death.

Reports said that McAbee repeatedly beat the victim elderly victim in the face, head, back and arms resulting in serious injuries.

The victim was left with a black eye, multiple cuts, knots to the head and a puncture wound to his back.

The incident occurred at a home on Morrison Campground Road. 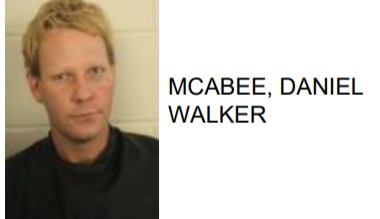